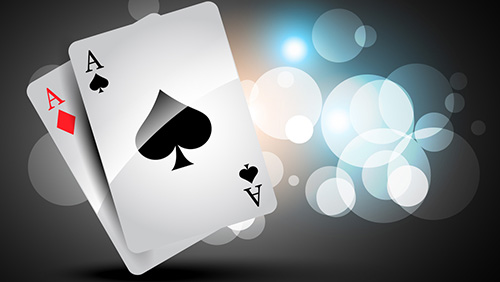 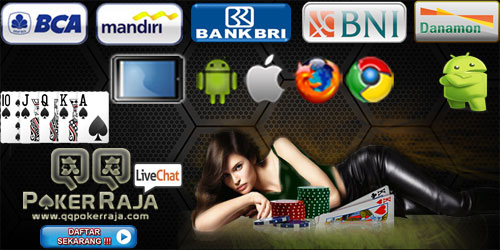 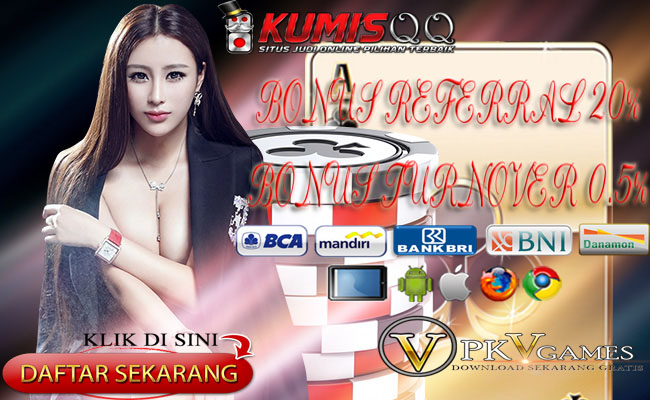 Lee Davy sits down with Espen Uhlen Jørstad at the Malta Poker Festival to talk about his migration from cash games to tournaments, his views on health and meditation and much more.

Technically, Norway doesn’t have any Vikings these days. They only have five ships. Make that four, after some doughnut sank one earlier this month, running it into a Maltese oil freighter. And in October, 50,000 NATO troops teamed up with Norwegian armed forces in a military exercise to defend a smaller nation from the threat of attack from a much larger bastard. 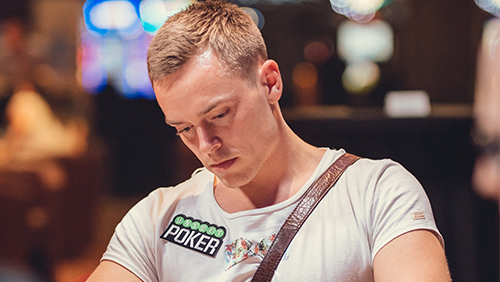 But there are Vikings.

Espen Uhlen Jørstad is one.

And had he made one or two different decisions in his life; he could have a part of Trident Juncture 18.

Thankfully, he gave the army the two-finger salute and became a professional poker player.

Let’s see how he is doing.

What are you doing at the Malta Poker Festival? 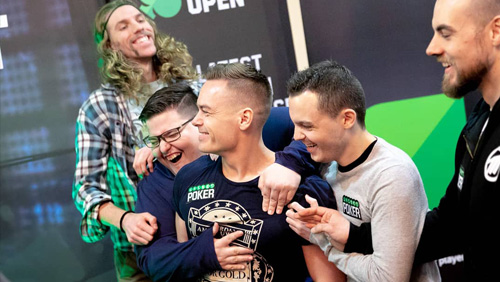 Is it a relief to play in a lower buy-in event, or does Jørstad feel like he is a peach-perfect perch swimming in a rank garden pond?

“It’s changed a bit over the last year or two,” says Jørstad. “A couple of years ago a $500 buy-in would have been one of the biggest I would be playing. Now I have moved up a bit in stakes, so a $500 is basically the lowest I will play live. Even playing these, my hourly rate would be better just playing online. But then you have to factor in other things, like the glory of winning a big tournament, getting to meet your old friends and socialise, and maybe most importantly, actually being away from your computer for a few days.”

Several months ago, The Unibet ambassador hit the headlines, teaming up with Rauno “Estonian Jesus” Tahvonen, and Rauno Kiviloo, in a project dubbed One Year, One Million where the three players would attempt to win a million in 12-months playing poker, and trading in cryptocurrency.

I ask Jørstad how the project is going?

“To be honest, I was a lot more enthusiastic in the beginning,” says Jørstad. “I was attacking it from an uncomfortable place when it comes to vlogging. I am fine talking poker hands or discussing strategy because I think I can do it fairly naturally. But if it was just me walking around the streets of Malta talking to a camera, I felt uncomfortable with that. So in the beginning, I thought if I did it for a while, I would become more and more comfortable in front of the camera. To some degree, I guess I did, but I didn’t really enjoy doing it too much. Estonian Jesus enjoyed it a lot more, however, so he basically became the main character in the story, with me and the last guy {Rauno Kiviloo} being more side-kicks.“

Malta Poker Festival: Espen Uhlen Jørstad’s pursuit of poker excellenceSo is the financial goal gone the way of a surfboard on the set of Jaws?

“In the beginning, we were tracking progress weekly,” says Jørstad. “Crypto was going really bad, and poker was going well. In poker, we were up about €200k after a few months, and then we all went on pretty big downswings in both poker and crypto. I went on my biggest downswing ever. My goal for the year was to become as good as I could be and to reach high stakes. I decided I would take a rather aggressive approach, and take some shots at fairly high stakes (€5,000 NL cash games and some $5,000 MTTs). The cash games were okay, but I got destroyed in high stakes MTTs and lost quite a bit of money in the process. It was a conscious decision though, and I don’t really regret taking those shots. I don’t have any real responsibilities, like a mortgage or kids, so I knew that if I lost a significant portion of my bankroll, I could move down and work my way back up.

“In the beginning, we had different ideas on what the project would look like. I would have preferred it to be focused on poker and strategy, while I think Rauno wanted it to be more lifestyle orientated, and we ended up doing a mix of both, which I think was bad. We should have had a long talk about it. You’re not going to hit a niche audience in a big way by being so broad.”

When I first met Jørstad I learned that he was ostensibly a cash game grinder, who used to be a fiend at World of Warcraft (WoW) and also served some time in the Norwegian Armed Forces, an experience that woke him the fuck up.

Today, he is playing more tournaments.

PlayUp, which acquired daily fantasy sports (DFS) platform Draftstars from CrownBet this past April, is taking the platform to India. According to a press release by the company, PlayUp has launched DraftStars.in, which offers real-money fantasy games to residents in the country.

Australia betting company introduces new fantasy sports site in IndiaAfter the site launched last week, there have already been more than 2,300 new users registering for the platform. DraftStars is expected to operate under the control of Fantasy Studio (India) Pvt. Ltd., a company based in Delhi situs Poker 99.

According to the press release, “PlayUp Ltd, the parent company to Draftstars, 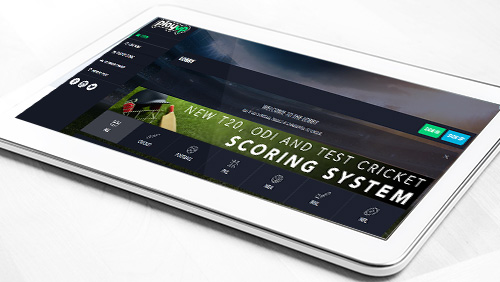 has long held a strong Indian audience, where it was the 4th ranked sport-related website in October 2018. India is renowned for its enthusiastic sporting population, something that has reflected the rapid growth of fantasy sports in the country.

“A recent report commissioned by the Indian Federation of Sports Gaming (IFSG) demonstrated the exploding popularity of skill-based betting in the country. India currently has more than 20 million fantasy sports users, a number expected to grow to 100 million users by 2020. The report also showed that a staggering 89 percent of users play fantasy sports at least once a month.”

Currently, the site offers domestic and international cricket challenges, as well as some soccer offerings. By the end of the year, it hopes to add basketball and kabaddi.

DraftStars anticipates integrating the PlayChip cryptocurrency, PlayUp’s own digital currency, on both the Australian and Indian platforms. That integration could come early next year, giving users an alternative to cash bets, as well as for allowing instant withdrawals, higher transparency and provably fair betting. The digital asset is expected to also be listed on two crypto exchanges, HitBTC and LATOKEN.

The Indian market is the fastest-growing fantasy sports market in the world. Given PlayUp’s strong reputation and brand in the country it was a natural decision to introduce another of our most popular pay-to-play fantasy sport platforms, Draftstars.”

India already has a number of DFS operators in the country, which will make DraftStars’ entry a challenge. Currently, Leagueadda, Fanfight, BalleBaazi, Starpick and Dream11 offer fantasy sports platforms.

“While VIP segment delivered stable performance, gaming concourse segment was lackluster as a result of capacity expansion in Cotai. Nevertheless, the Group strived to enhance the table yield and improve customer segmentation, which enabled the Group to mitigate, to a certain extent, the impact of heightened competition,” the report read.

Total revenue from April to September of this year was HKD665.6 million ($85.1 million), 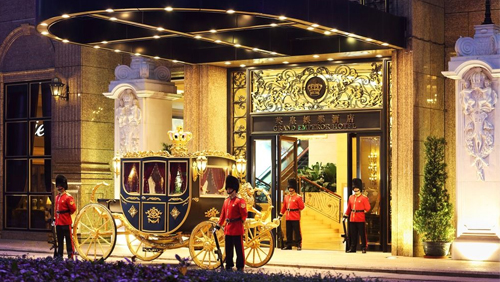 Hotel revenue from the Grand Emperor and the Inn Hotel Macau brought in HKD118.9 million ($15.2 million), or 17.9% of total revenue for the two quarters.

The company recognized the ongoing trade war between the U.S. and China, which many fear will raise prices of goods on both sides, but it said, “the Group is still positive regarding the long-term growth prospects for Macau’s gaming market given the increasing visitation and penetration of Chinese tourists to the city.”

It noted that the newly opened bridge connecting Mainland China to its special administrative region Macau, “provides an underlying support for a sustained growth.”

The company also said it will be focusing on ways to enhance its VIP segment, which it considers its “core strength.”

Last October, Emperor Entertainment announced its purchase of an additional 15% of Luck United, operator of the Grand Emperor casino. This increased the company’s stake to 75%.

Login to quote this blog

You cannot quote because this article is private.